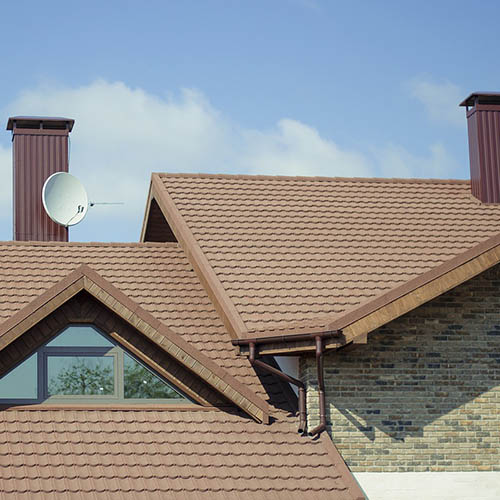 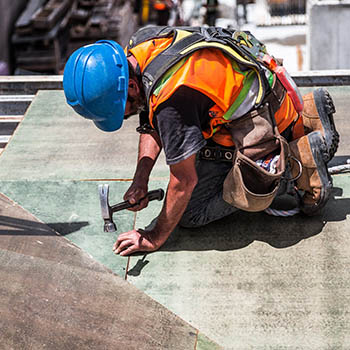 Detroit Roofers has been putting roofs on homes and businesses in Warren for a long time. The roof is one of the most important parts of a house. It can both add value to your home and keep you dry in bad weather. There are many reasons to work with our roofing contractors in Warren, MI. They are experts in all kinds of roofing needs, such as repair and replacement. We know how to take care of roofs so that they last for a long time.

We are the best at what we do in the Metro Detroit area. We give you the best ways to protect your home or business from the weather. When it comes to roofing services in Warren, Michigan, there are many companies to choose from. However, if you want a reputable company that does great work, you don’t have to look any further than Detroit Roofers. Our experts can do almost anything, and they can help you with any service you may need on your properties, like repairs, skylights, or even preventing ice dams. You might think we’re expensive, but the fact that we use high-quality materials that last longer and help keep your home safe for many years makes it worth it. Call us right now if you want the best company that will meet all your needs! For the safety and security of your Warren, MI building, it is important to hire the best roofing services. You can be sure that your roof will be put on and taken care of as properly as it can be. We save the people of Warren hundreds of thousands of dollars every year by finding roof problems early, fixing them before they get worse, and preventing mildew and foundation damage. 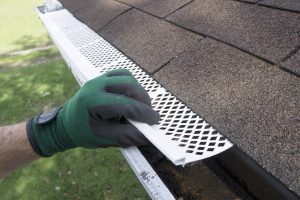 The protection of your home from adverse weather conditions is significantly enhanced by the installation of gutters. The gutters on a great number of homes in Warren were installed by our roofing firm.

We are professionals in roofs, roof replacement, and roof repair at Detroit Roofers. Because we are fully licensed and insured, you can rest assured that the work performed on your home will not only be excellent, but also safe. In addition, we are skilled at making sure that our clients are satisfied and that every job is completed correctly the first time.

People in our community can turn to us for a variety of roofing services. Discuss with our roofing specialists in Warren the type of roof that would work best for your home or company. Call us immediately if you need your roof repaired or replaced and live in Warren or one of the other areas we cover.

We use only the best brand of roofing products available.

Our crew is always competent about the newest roofing methods.

We can be available to perform our roofing services in your time of need.

When you've got a roofing issue you can rest assure that we are going to answer.

We're proud of our work and we stand by that.

Our clients can't stop talking about the work we perform in Warren Mi!

Howard Delgadillo
The best roofers in the Detroit area. They provide excellent customer service and were very helpful in making my decision. I would recommend them to my friends and family without hesitation. My experience with Detroit Roofers has been a pleasure from start to finish. After having several estimates done for my roof, I decided to use the services of this roofing company in Detroit because they were the most competitively priced but also had a great reputation for their customer service. The crew was quick, professional, and did an amazing job of installing a new metal roof on my house in just one day! It's great knowing that they have such high standards that make me feel confident about their workmanship when it comes to protecting my home.

Laura Miley
I had no idea having a roof replacement in Detroit could be so simple. They agreed to come out the next day to give me a price, immediately scheduled me in, and rebuilt the roof in less than a day and a half. The crew was incredibly accessible via phone and text. I appreciate that they acknowledged I was under a tight timeline and did all they could to cooperate with me and assist me accomplishing that target. Thank you so much for taking care of my needs! I definitely recommend Detroit Roofers! 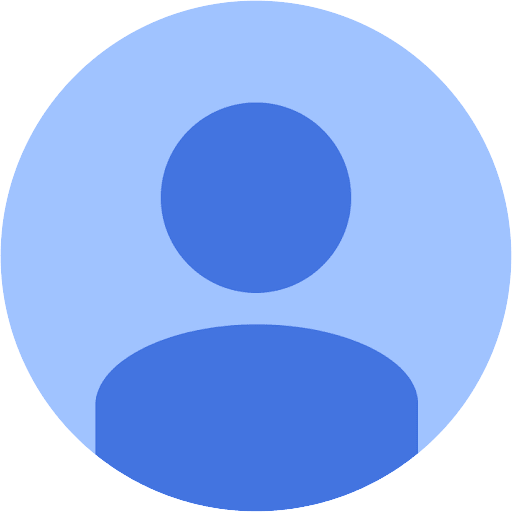 A Google User
My roof suffered considerable damage as a result of a strong storm. I was concerned about the impact on my property and didn't know what to do. Fortunately, I knew I could rely on Detroit Roofers for assistance. They performed an outstanding job fixing the damage and returning my home to its former state. I recommend them for all your roofing needs!

Arya Davis
"The quality of their work is impeccable. We have been working with Detroit Roofers for years now and they have never let us down. They are always on time, call when they're running late, and clean up after themselves. They have an excellent team of roofing contractors who are thorough and efficient at what they do. And the best part is that the prices are very affordable! Detroit Roofers has been an excellent service provider to us for many years now because they provide quality service at affordable rates that we can depend on year in year out!"

Ryan Young
Our house now has a new roof thanks to Detroit Roofers. Their crew was excellent. Hardworking, professional, respectful, and great at safeguarding furniture and shrubbery about the house, as well as cleaning up after the project was complete. The work was completed in a single day, and the roof looks amazing. Derrick did an excellent job of overseeing the project from start to end. I would refer them to anyone in the Detroit area who is in need of roofing services.

David Lerer
My partner and I were anxious about our roof project due to it being the first big item we had to worry about the safety of with the house as younger, first-time property owners. Detroit Roofers was fantastic to work with and helped make the process a breeze!! They were always on time for all of it, always responded quickly, and took the time to inform and educate me in detail what I didn't understand. Dave and his crew did a tear off (including some cedar shake areas), relocated our kitchen vent, replaced some sub-decking, and finished the new shingling just in time for some rain. The team was extremely professional, quick, and efficient in all aspects of the project! My partner and I will always suggest them as the go-to roofing contractors in Detroit to anyone we know who is looking for one. Thank you once more, gentlemen!

A Google User
David and Detroit Roofers were an absolute pleasure to work with. Communication was straightforward and professional. They were patient when it came to negotiating the final bill for wind damage repairs with my insurance provider and credit union. His crew did an excellent job and picked up after themselves. I highly recommend these Detroit roofing contractors!!

Gary Collins
David responded quickly to our request for a quote. We had a large roof that needed to be replaced, as well as gutter replacement. It was an older house in the Detroit suburbs with some rotting wood, but David had foreseen this and had new wood on hand. The issue was worse than expected, but he and his crew had extra wood there right away. New vents were installed, but first he explained that having more than one vent would be ideal for proper airflow. He also addressed all of our concerns and questions. The crew was fantastic, and clean-up was done every night. We are very satisfied with the work that was completed and would highly suggest him to anyone who needs to replace or repair their roof. Thank you so much, Detroit Roofers!!

Darmka Wamksr
These guys are known for being the best roofers in Detroit, Michigan. We had a great time working with them, and they did an excellent job on our roof replacement and gutter installation. The team was reliable and cleaned up after themselves. I strongly recommend this company and plan to use them in the coming years

Martina Castro
I’m overjoyed with my new roof installation. They did an excellent job and were careful and deliberate in ensuring that everything was clean and looked exactly as it had before they arrived. They started the job on time, according to the estimate, and made sure everything was done to my satisfaction. I highly regard this Detroit roofing company as one of the best roofing companies in Detroit!

We Are the Best Option

Other Cities We Serve

Warren is a city in the U.S. state of Michigan. It is in the county of Macomb. The 2020 Census says that there are 139,387 people living in Warren. This makes it the largest city in Macomb County, the third largest city in Michigan, and the largest suburb of Metro Detroit. There are many different kinds of businesses in the city, such as the General Motors Technical Center and the US Army Detroit Arsenal.

Charles Groesbeck was the first person to live in Beebe’s Corners, which was the first settlement in what would become the city of Warren. It was built in 1830 at the corner of Mound Road and Chicago Road. Beebe’s Corners was a stop for horses and carriages on the way from Detroit to Utica. It had a distillery, a mill, a tavern, and a trading post. Around the settlement, the now-defunct Warren Township was formed in 1837. At first, it was called Hickory, then it was called Aba, and then it was called Warren shortly after. It was named after Rev. Abel Warren, who served in the War of 1812 and was a minister on the frontier.

On April 28, 1893, one square mile of land north of 14 Mile Road, south of 13 Mile Road, and half a mile east and west of Mound Road was made into the Village of Warren. Before that, the settlement was part of Warren Township. The small village grew slowly, from 582 people in 1940 to 727 people in 1950, while the bigger township around it grew much faster. Much of this growth was caused by the building of the Chrysler’s Truck Assembly plant in 1938, the Detroit Arsenal Tank Plant in 1940 to help the war effort, and the General Motors Technical Center between 1949 and 1956.

The Village of Warren and most of the surrounding Township of Warren, along with Van Dyke, became a city in 1957. The city of Center Line, which had been part of Warren Township, had already become a city in 1925 as a village and again in 1936 as a city. From 1950 to 1960, the number of people living in Warren went from 42,653 to 89,426. This population growth was mostly caused by the Baby Boom after World War II and, later, by white people moving away from its southern neighbor, Detroit, in the 1960s. This change in population continued into the next decade, when the city’s population doubled again, reaching a peak of 179,000 people in 1970.